Hey everyone! We're super excited to announce this new server we've been working on for the last few months; Pixelmon on Chasecraft!

What is Pixelmon? It’s Pokémon in Minecraft! This gamemode features classic Minecraft survival features such as; building, collecting resources, exploring, and a world full of naturally spawning Pokémon for you to collect, train and battle! Pixelmon features the classic Pokémon and items, reminiscent of the original games, as well as unique features that incorporate building and item collection. You can even find rare items in mineshafts and fortresses!

To celebrate the release of Pixelmon, we've put up a 25% sale on ALL store packages! We've also opened up the Pixelmon store that you can visit by clicking here.

Continue reading to find out more about Pixelmon's features.

Figuring out how to play Pixelmon can be quite complicated so we've created a detailed guide on how to do it, going through each step:

Chasecraft's Pixelmon will release with a bunch of exciting exclusive features for you to explore, battle Pokémon in, unlock new items and so on so forth. Some of our exclusive features include 2 unique regions, with more to come, level 1,000 Pokémon, Legendary Rewards and much more!

2 Unique Regions, with 2 more to come!

Chasecraft Pixelmon features a main Oriental spawn which will be the player’s main home-base for their adventures. The Oriental region features 8 gyms, and an Elite Four, which once beaten will unlock the Atlantis Region gyms and battle tower! Players will have to train hard, since the first region Elite Four features trainers with level 240 Pokémon!

Players can type /regions in game to warp to all of the currently accessible regions. 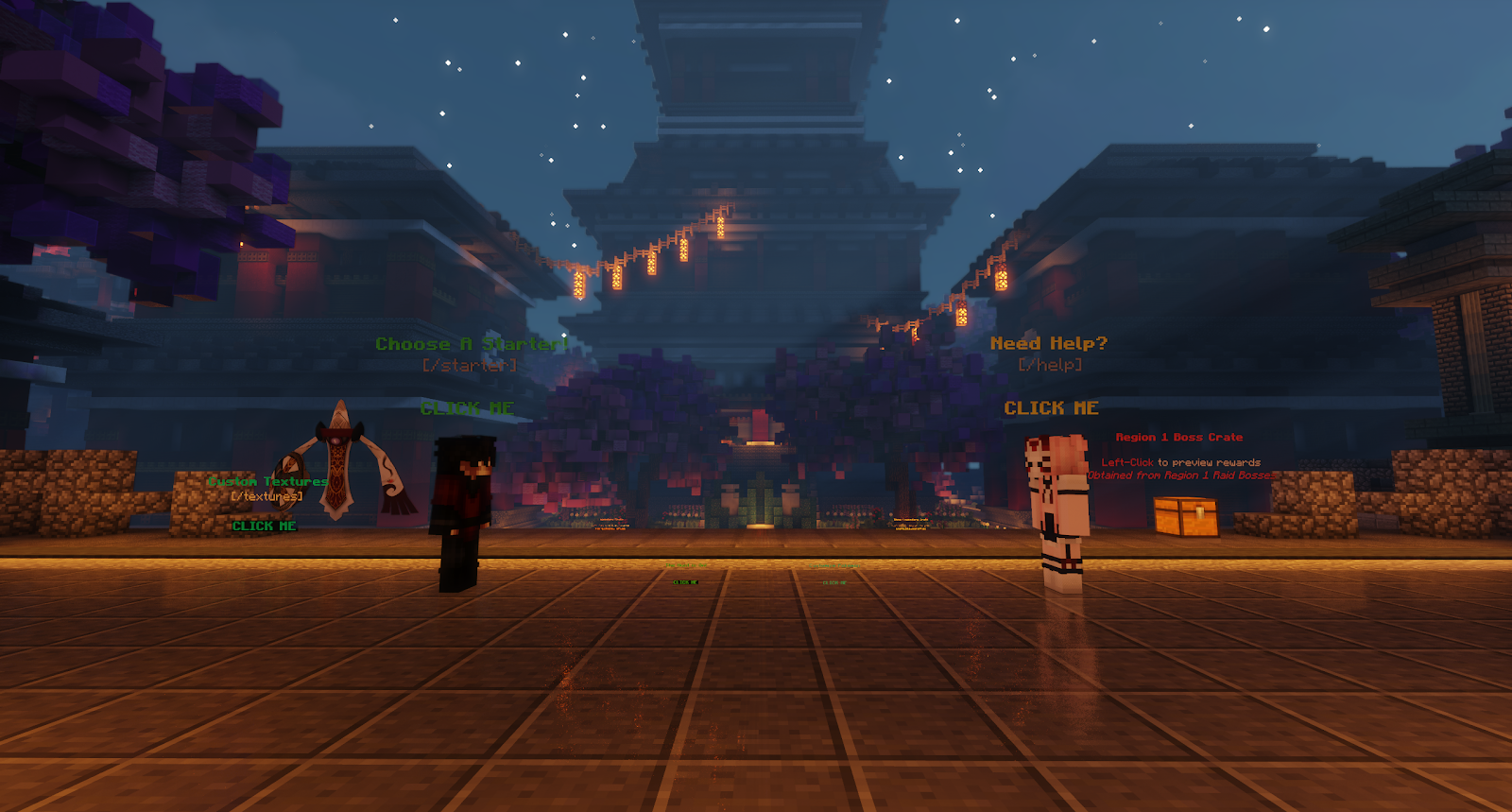 As we mentioned above, the first region Elite Four features level 240 Pokémon!! How is that even possible? The max Pokémon level on Chasecraft is 1,000. Each subsequent region that the player unlocks will feature higher and higher level gym leaders, Elite Four, and Battle Tower as well as better rewards! Think you’ve got what it takes to be the first trainer with a full team of level 1000s?

If you’re looking to demonstrate that you’re the true Pokémon Master, you’ll be able to prove your might by participating in the Hall of Fame Challenge! The first player to defeat the Elite Four in each region will have their team permanently memorialized in the Hall of Fame, and will earn a one-of-a-kind Pokémon to show off to their friends. The Oriental Region Elite Four awaits!

You can type /badges in game to track your progress to becoming a Champion! 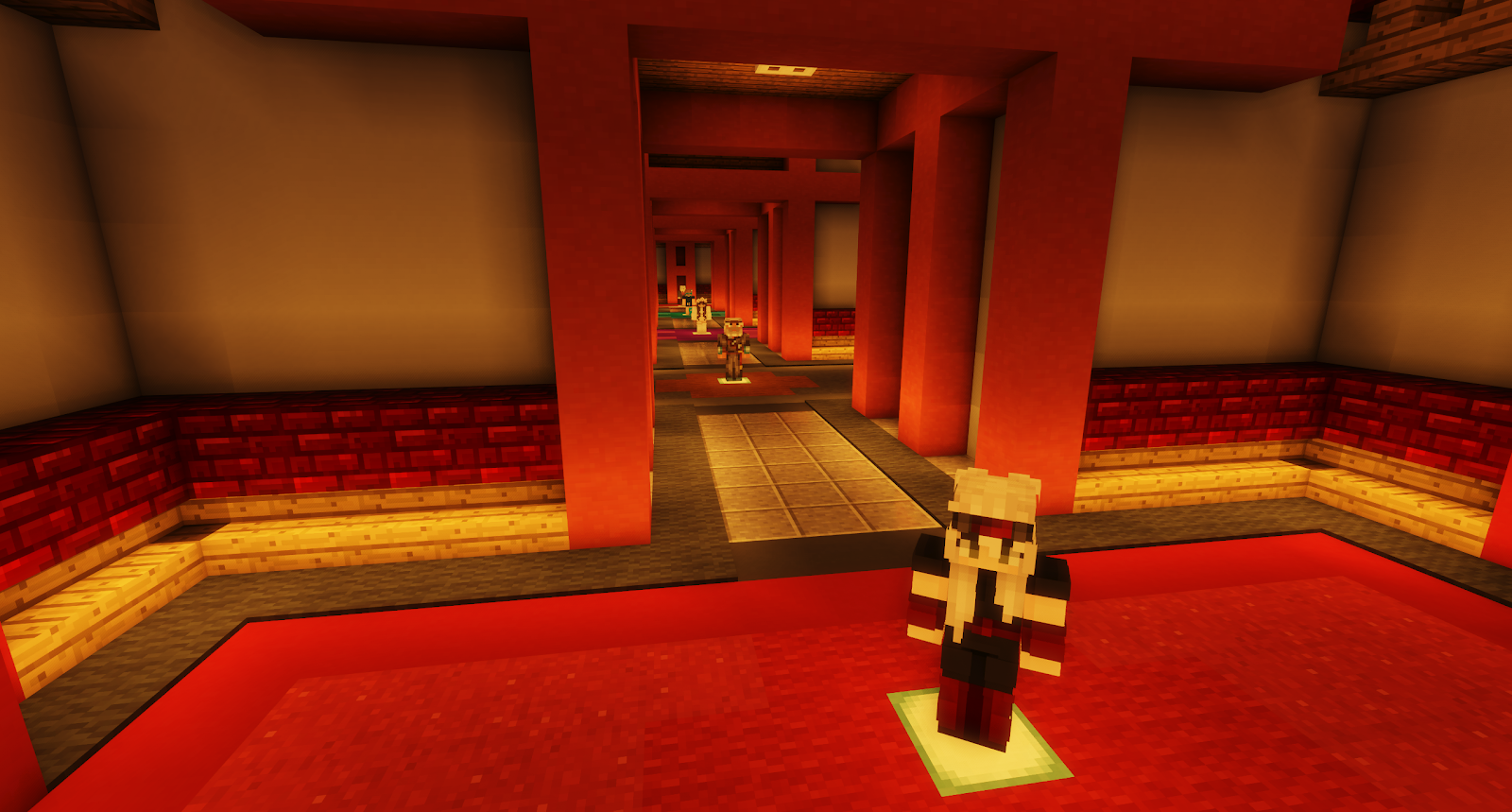 By combining duplicate copies of pokémon, players will be able to obtain ultra-rare forms of Pokémon, some even featuring boosted stats and abilities. This process is known as “staging” and is a guaranteed path to obtaining some rare custom-textured Pokémon!

For the veteran collectors, you’ll also have the opportunity to re-create the team of notable Elite Four Champions from the Pokémon games! Players who re-create these teams will be rewarded with Pokémon such as Red’s Charizard, or Lance’s Dragonite!

Curious what collections can be completed? Just type /collections in game

These automatic events give every online player the ability to earn featured Legendary Pokémon without having to rely on random luck to have one spawn nearby. Hunt through an overgrown maze, underwater tunnels, or race against the Legendary Dogs. Keep an eye on chat to know when these events are occurring and be sure to join quickly so you don’t miss out on the perfect opportunity to acquire Legends!

You can type /legendaries in game to see what events are currently rotating! 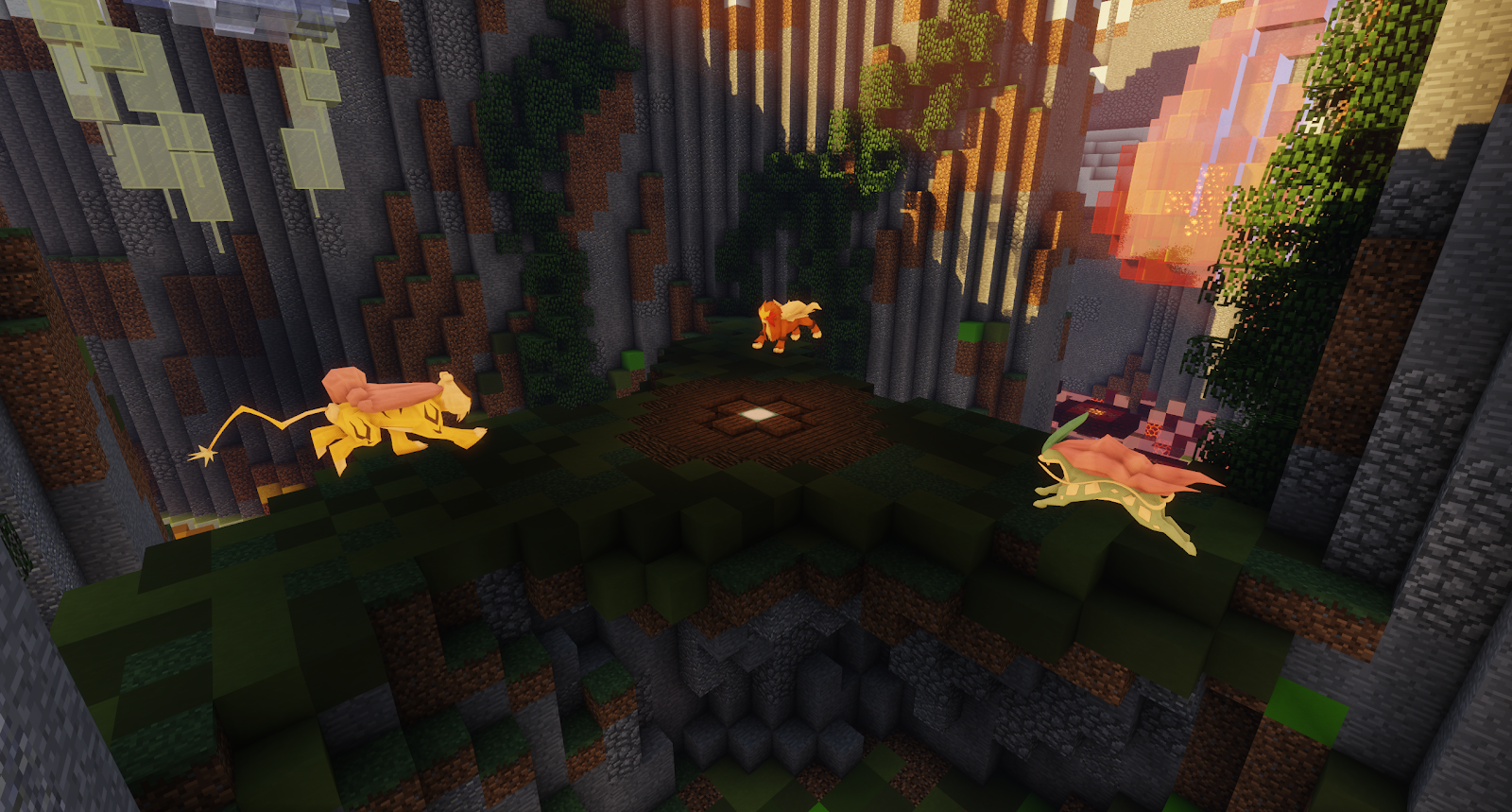 Generally, Pokedex completion is based on the total percentage. For Chasecraft Pixelmon, we felt it made more sense to give you progress based rewards for each region that you complete! Think you’ve got what it takes to become a Master Trainer in all 8 regions? The professors are waiting!

You can check your progress in game typing /dexrewards! 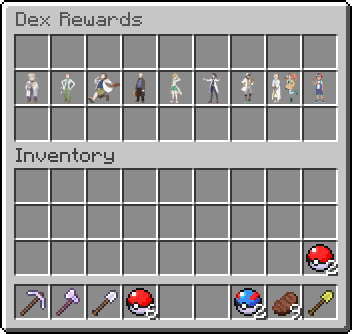 Along with everything outlined above, Chasecraft Pixelmon also features a Battle Tower per region, which will feature better rewards in each subsequent region.

Additionally, you’ll have the opportunity to obtain a variety of Custom Textured Pixelmon, and can participate in /hunt which is a perfect opportunity for new players and veterans alike to obtain Pixelmon while earning bonus rewards!

Here's a few sneak peeks at some of our Custom Textured Pixelmon. 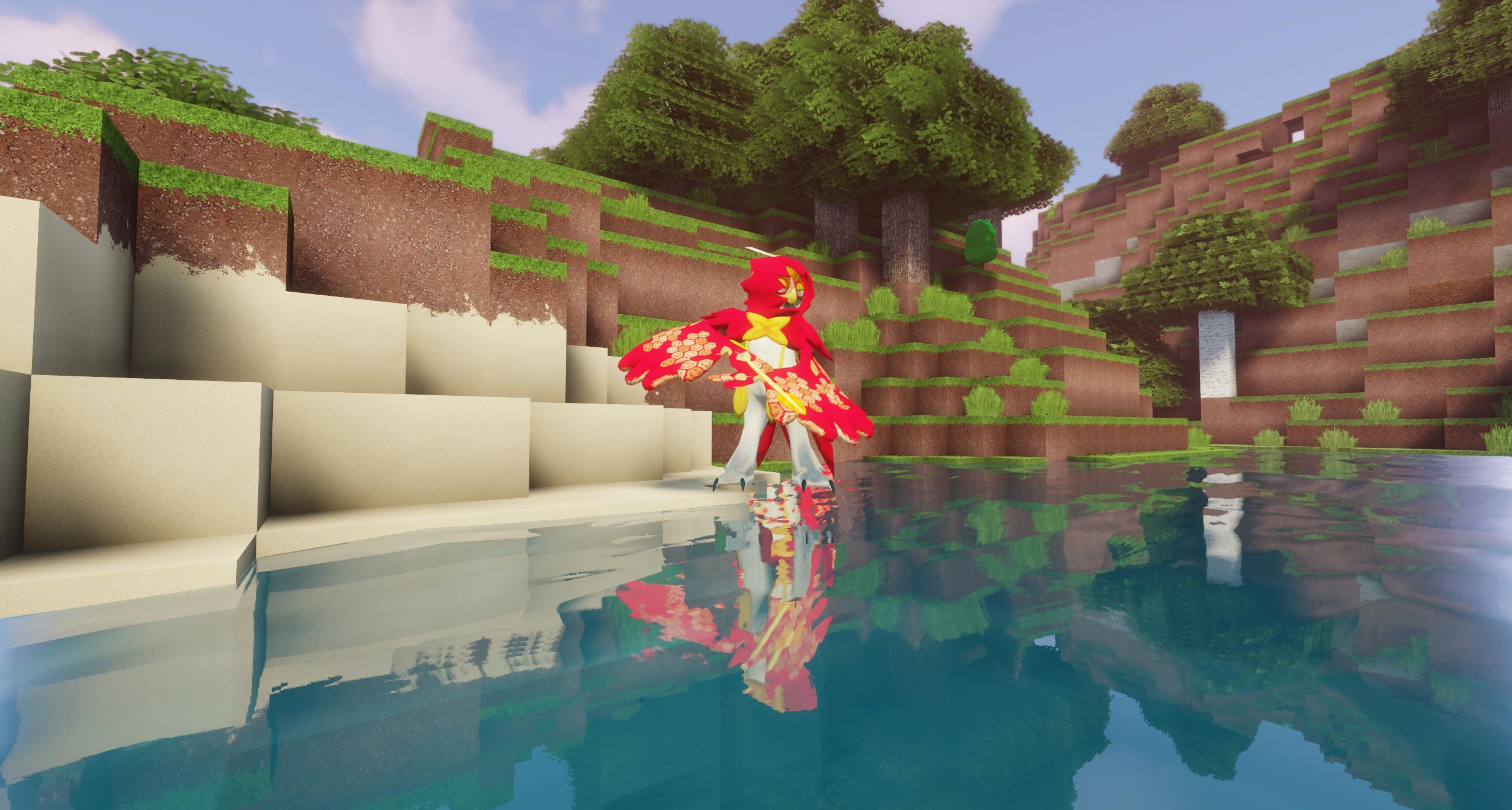 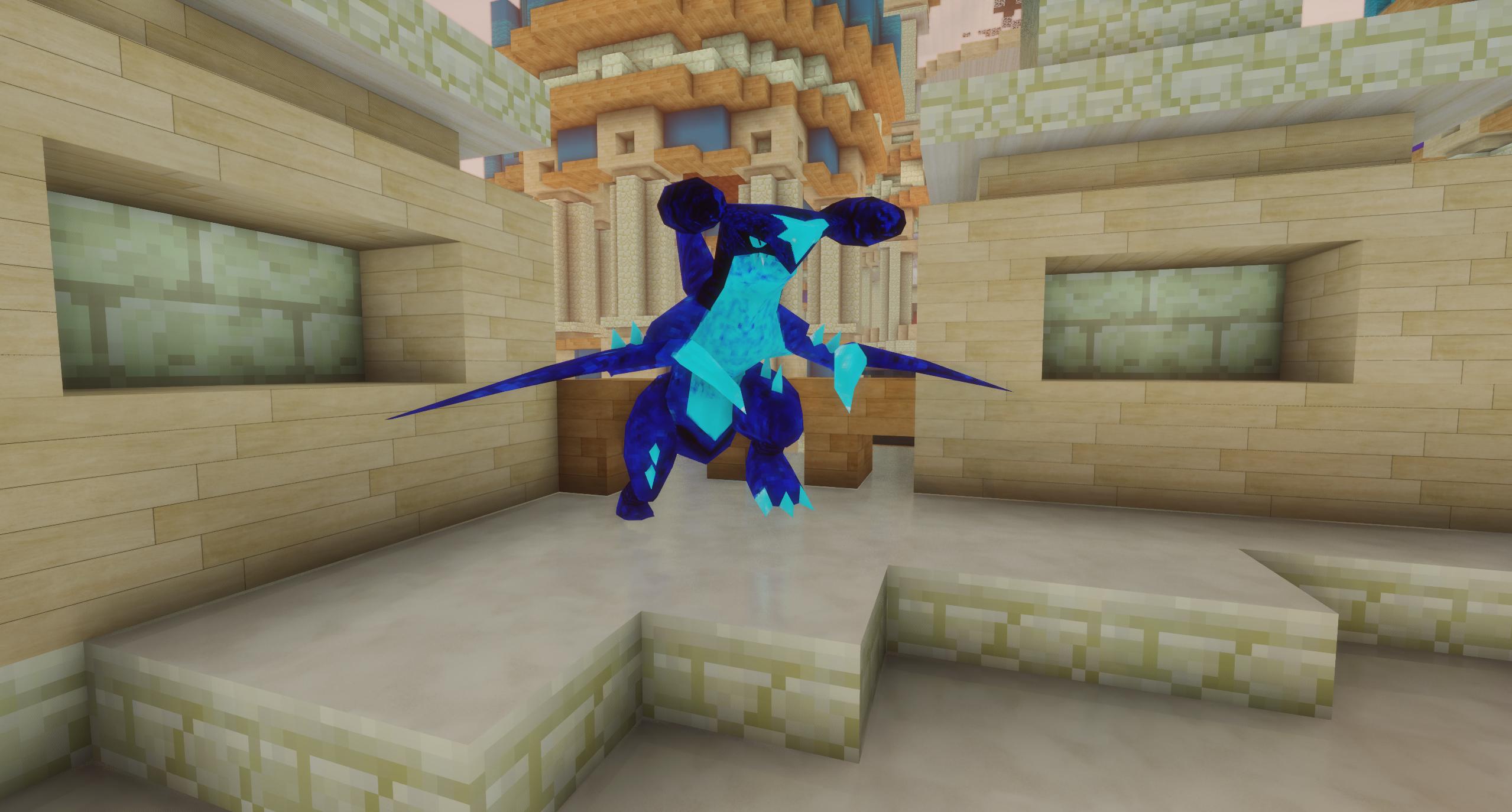 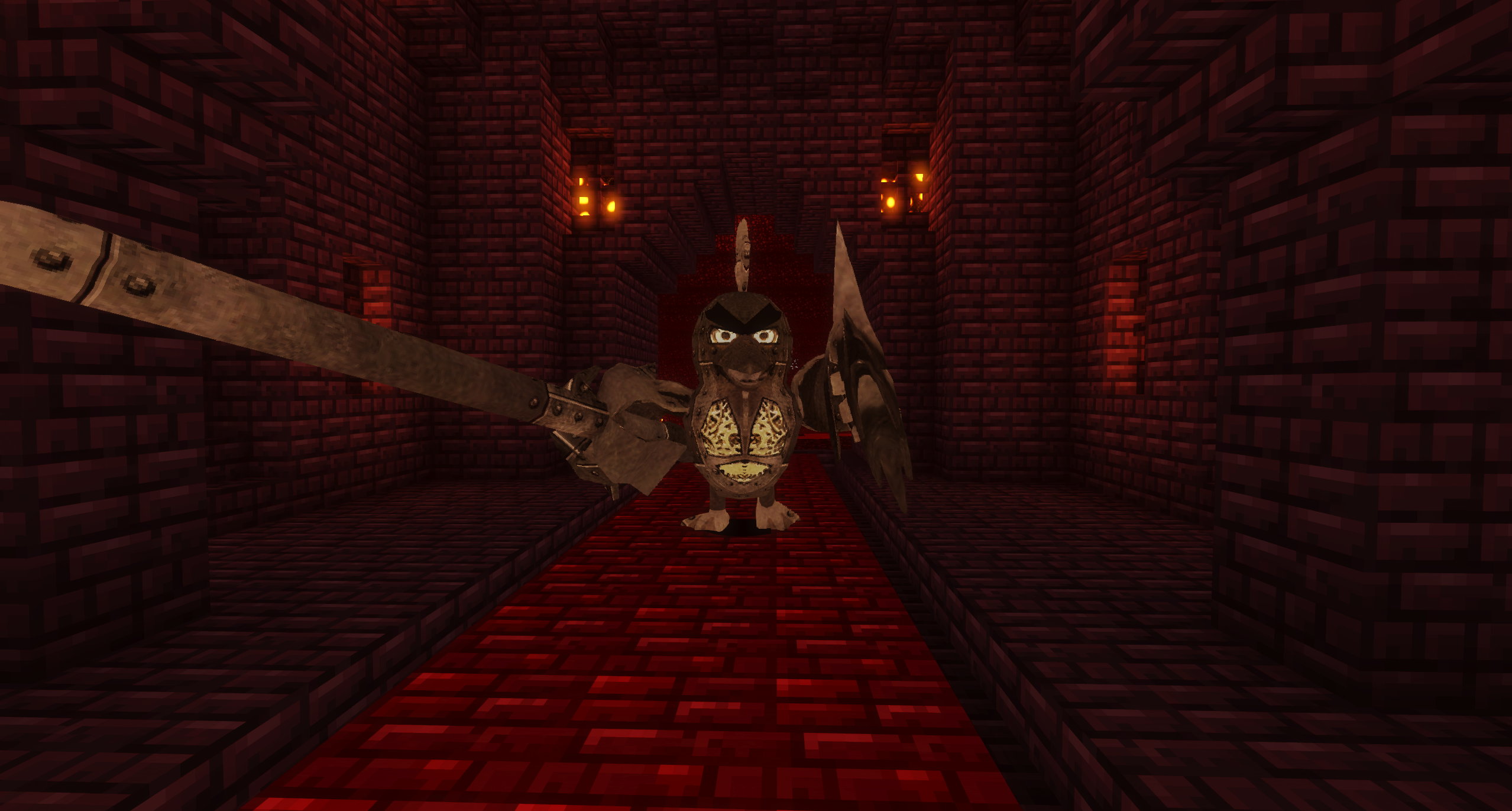 We are incredibly excited to show off all the cool new features that we’ve been working on for you guys, and we’ve got even more features that you guys will have to discover for yourselves!

We'll see you all on Friday 12th @ 4 PM EST for the launch of the Pixelmon server!

Thank you to everyone who worked on Pixelmon, here's a list of credits!

The Bedwars full release is here, with 4 new maps, new features like the Quick Shop and Pop-Up Tower, leaderboards and more!