Over the last two months we've been working hard at a massive overhaul of the entire Chasecraft Minecraft server and are getting pretty close to releasing Chasecraft 2.0 to the community!

Today we're going to discuss the major changes coming to the Chasecraft Minecraft server, including the merge of the 3 Skyblock realms into one huge realm, a massive reset for our Prison server as well as a brand new gamemode we're adding to Chasecraft!

Continue reading to find out more about Chasecraft 2.0!

Over the past month, we felt that Chasecraft was due a huge overhaul of the entire network, with much better features, accessibility and more and so we got to work, planning out an entirely new Chasecraft Minecraft server, with changes to major changes to our Skyblock and Prison server as well as new features to the entire network and the Creative server.

Overhauling the entire network also allows us to redo some of our backend systems to make your experience whilst playing more seamless and update our security.

We also felt that it was necessary to update the Minecraft version that Chasecraft is currently running on. We currently run 1.8, a version that came out 5 and a half years ago!! Frankly, this is way too outdated and limits our possibilities to create a quality server for our community, therefore, we made the decision to make Chasecraft 2.0 run on Minecraft version 1.15.2.

1.15.2 allows us to add so much more in terms of content such as features, mechanics and systems. Most of what you'll be seeing on Chasecraft 2.0 has been made because of 1.15.2. Though this can be such a big change, we assure that it'll be worth it. If you want to get a sneak peek into some of the features we're adding to the new Skyblock and Prison, read the sections below!

At the end of January we held a poll, asking if the community would want to merge all 3 Skyblock realms together to create one huge realm or keep it as is. Hundreds of players voted to merge all 3 Skyblock realms together. Over the past month we've been working on, what we're calling, Skyblock 2.0 and today we're happy to announce what exactly is in store for the new Skyblock! 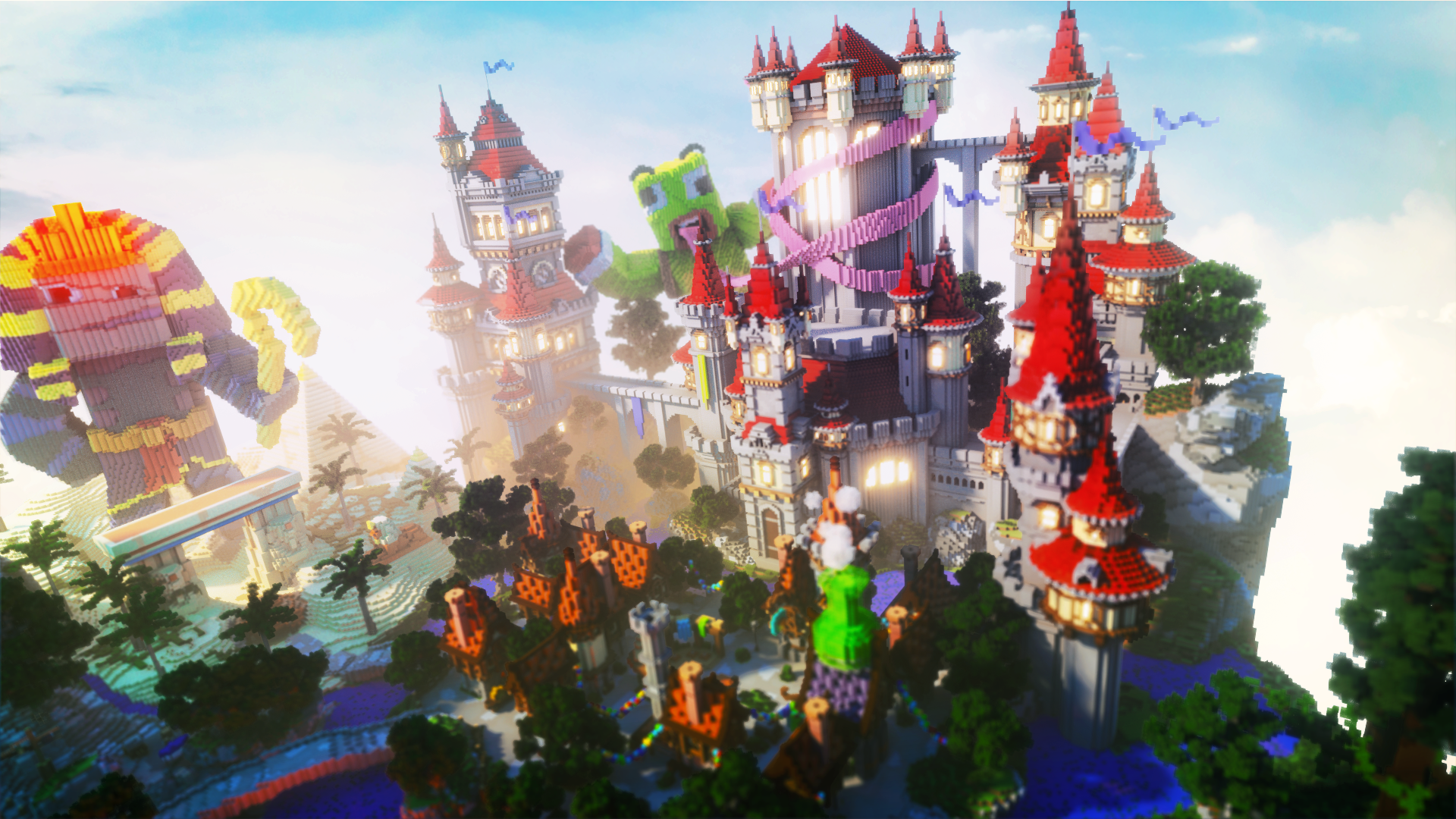 Along with all of the new features, we've also completely redone our economy. The /shop now has new buy and sell prices as well as well as new items and blocks.

Below we're going to discuss the new features and key changes to Skyblock 2.0.

➤ Travelling to the End

Summoning the Enderdragon requires you to craft some special items, even though these items may look pretty easy to obtain, you do need to buy one of them and it is pretty expensive! 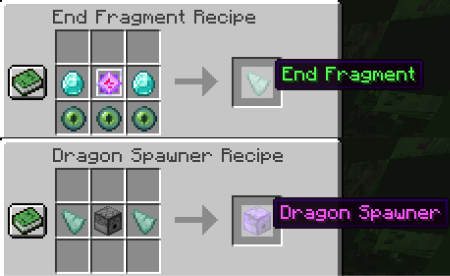 Once you've killed the Enderdragon, you'll receive some pretty cool and exclusive loot, such as a unique weapon! The Enderdragon can be summoned as many times as you want, though there is a cooldown between spawning the dragon.

The Chasecraft King's have arrived to the Minecraft server! Skyblock 2.0 features 5 Dungeons that allow you to fight either the Wolf, Green, Skeleton, Yeti or Mummy King's! Dungeons open every 8 hours and don't worry, it won't be hard to get into the Dungeon, alternatively, if you're not too fond on waiting 8 hours you can also purchase a Dungeon Key from the store which will automatically open a Dungeon up, allowing you and other members on the server to join the Dungeon.

So, what is a Dungeon? Once you enter a Dungeon, your aim is to move through all 14 rooms and clear them out, whether that be killing the mobs that spawn, finding the loot chests or avoiding traps (or maybe accidently setting them off...). Once a room has been cleared, you can move onto the next room. Your end goal is to fight the final Dungeon King.

All of the loot and rewards that you have in your inventory once the Dungeon has been complete, you get to keep!

Dungeon Keys can be purchased on the store @ store.chasecraft.gg.

Skyblock 2.0 will also see a new feature; Missions! These are essentially a set of quests that you can do every day, or every week. You'll be able to visit the Missions NPC at spawn to start a Mission. 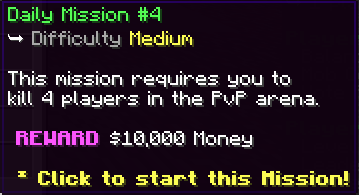 Every week you can also complete up to 2 weekly Missions. Weekly Missions are a little harder than daily Missions but offer a greater reward. These Missions work just like the daily ones, resetting at the end of every week.

Keep in mind that you can only start one Mission at a time, though, if you have a donator rank you'll be able to start multiple Missions at once!

We've introduced a new fishing system to Skyblock 2.0. You can now fish out unique items and even mini bosses!

Along with the regular Vanilla items that you can fish out, you're now able to fish out unique items such as Crystals, Brews, Bottles and even Artifacts! We won't explain what these are, you'll find out when you log into the server and start fishing! (or you can visit the Fisherman at spawn to learn more...)

Mini bosses can also be fished out of the water. Mini bosses are essentially regular mobs, but stronger and when killed, they'll drop some cool rewards, even some exclusive rewards found no where else! Mini bosses will give you and your island something fun to fight together, they can be pretty challenging. 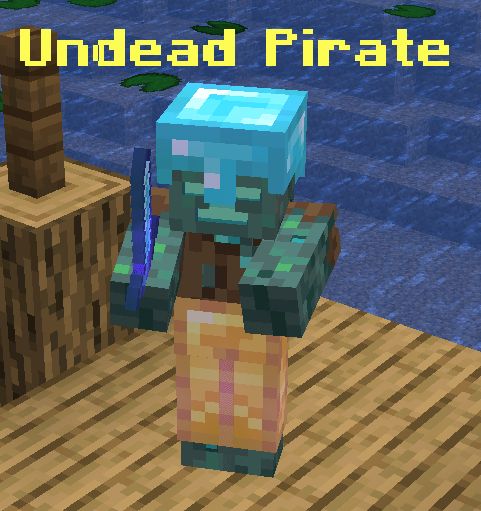 Last month we revealed the first sneak peek for Skyblock 2.0; Machines! Well, let's explain exactly what these are. Machines allow you to generate certain things an infinite amount of times over a certain amount of time. We have 3 machines, the Ore Machine, Money Machine and Mob Coin Machine. In order for these machines to actually generate things, you'll need to fuel them with coal. 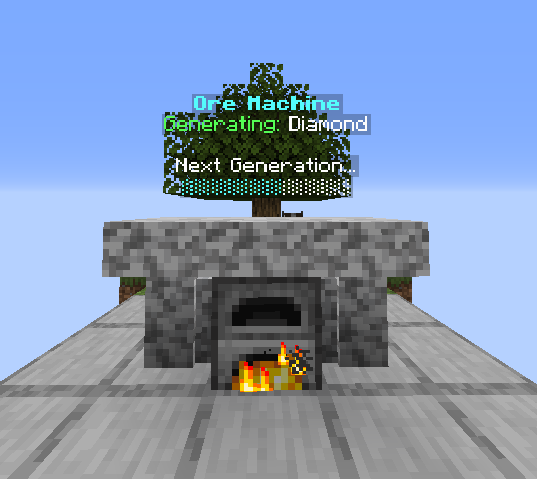 The Ore Machine allows you to generate either quartz, coal, lapis, redstone, gold, iron, diamonds or emeralds. The Money and Mob Coin Machine's allow you to generate money and mob coins.

To speed up the amount of time it takes to generate something, you can craft a Hyper Potion. These will half the generation times of all machines. Here's the crafting recipe for the Hyper Potion:

We plan on adding more Machines in future updates. We'd love to know what Machines you'd like to see in the game, let us know by posting a suggestion in our Discord @ discord.chasecraft.gg.

Powerups are special blocks that can be placed on your island to give all players in it's radius a special effect or even ability. You can get all sorts of powerups, such as double money, double EXP, strength, speed boosts, jump boosts, regeneration and much more!

Powerups can be obtained by completing Missions or purchased on the store @ store.chasecraft.gg.

Our new custom enchantments won't be available on release. We'll be adding these in a later update to Skyblock 2.0.

That's about it for the new feature's we've added. Skyblock 2.0 also introduces a few changes that you may notice when logging in. We're going to outline some of the biggest changes we've made:

We've also done added and changed some other minor features, things not worth mentioning.

Just like Skyblock, Prison has been completely reset for Chasecraft 2.0. We realized that Prison currently has tons of issues, isn't entirely bug free and the gameplay experience just didn't seem seamless. So, we made it a priority to ensure Prison is playable and fun which resulted in us focusing more time on doing that and less time on adding new features, which is why this section of the blog post is relatively short.

We've basically kept all of the features we currently have on Prison and just ensured they work properly, don't randomly break and don't require constant touch ups. With that being said, our longterm goal for Prison 2.0 is to have some pretty large and cool updates that add new gameplay features and mechanics to make Prison even more fun.

Other than that, that's all for Prison 2.0! Here's a picture of the spawn. 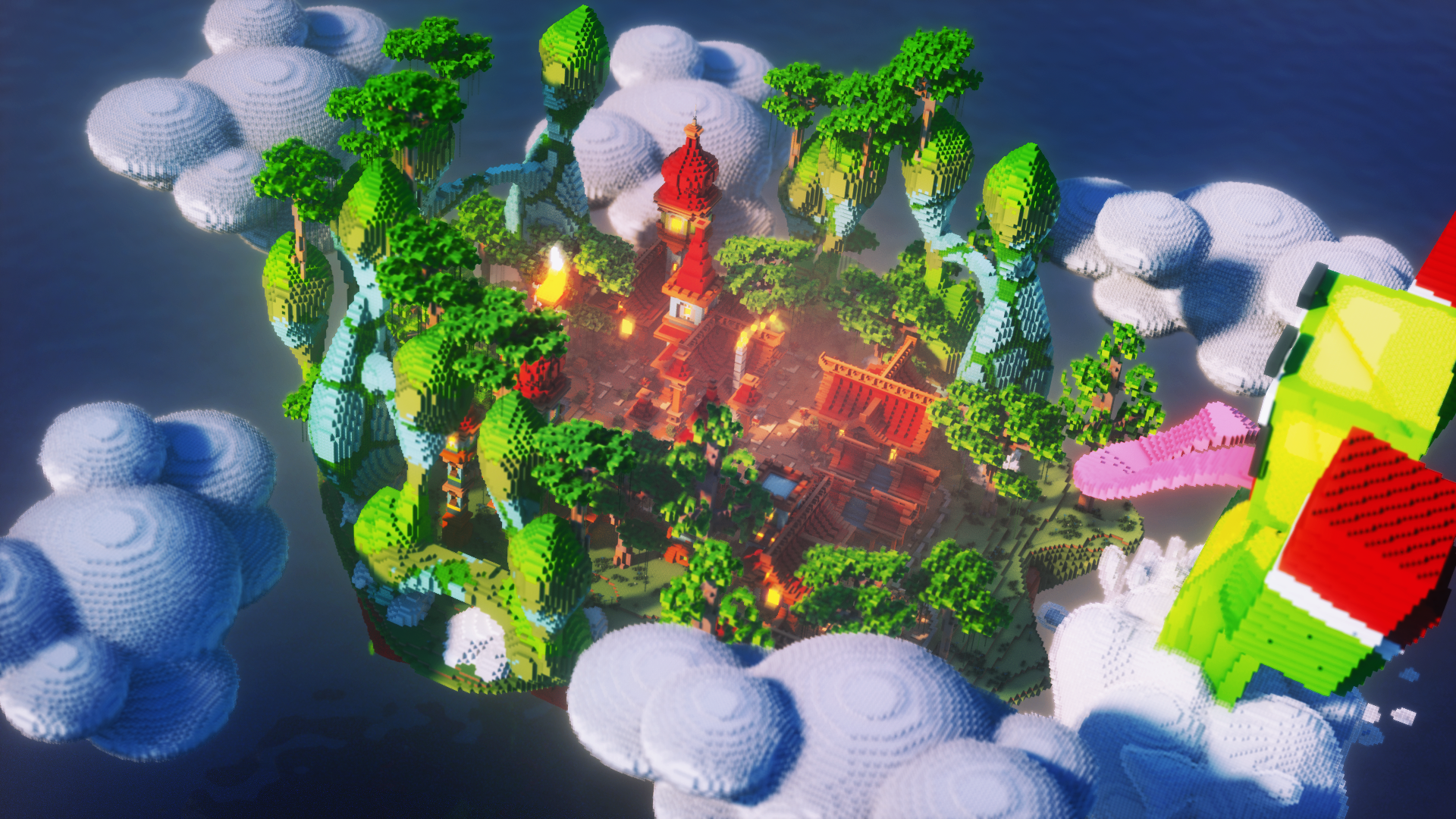 It wouldn't be 2.0 without a new gamemode! Today we're also happy to announce that we'll be bringing Survival to the Chasecraft network in the 2.0 update! Our Survival is like the regular Minecraft Vanilla Survival, but with a twist.

Before we go onto the twists, firstly we'll briefly discuss land claiming. Survival does allow you to claim land, so you don't need to fear about people griefing you. If you want, you can add players to your land claim. Claiming land is pretty easy, we'll have a tutorial on how to do it on the server!

Chasecraft's Survival server will feature Global Objectives. These are tasks all online players can participate in which players will be required to gather large amounts of resources to unlock a major new ability or feature. These objectives are available every few hours.

Who knows what sort of things you'll be able to unlock with these tasks? :o

Gauntlets are a new set of craftable items in the game. These are wearables that give you boosts or effects when worn. These are all of the gauntlets that you can craft:

That's about it for Chasecraft 2.0, wow! Of course, there's a few more new things to 2.0 that we haven't explained in this blog post, but those are mostly small features, quality of life improvements and backend shenanigans.

We're so unbelievably excited to release Chasecraft 2.0, we can't wait to share this new chapter and experience of the Chasecraft Minecraft server with you guys. We hope you're excited too!

If you have any questions regarding 2.0, please contact our staff members on Discord, which you can join by clicking the box below.

I'd like to quickly thank our server and staff team for all the hard work they've been doing on Chasecraft 2.0 for the past few months and the coming weeks, specifically:

Without our wonderful management and development team as well as our staff team, Chasecraft 2.0 wouldn't be as awesome as it is now, so when you see them online, make sure to tag em' in our Discord to thank them! I'd also like to give a very, very special thanks to our entire community for supporting the development of 2.0, whether that be giving us words of encouragement, chatting in the Discord, playing on the server, donating to the server or just being apart of the community! ❤️

Following the poll on Discord, we're merging the 3 Skyblock servers together. We've answered some of your frequently asked questions regarding this.